The Shaw Dog Park Association, a 501(c)3 non-profit organization, needs to raise $3,000 to repair the fence and entrance gates that keep the park secure for the pups to run off-leash. 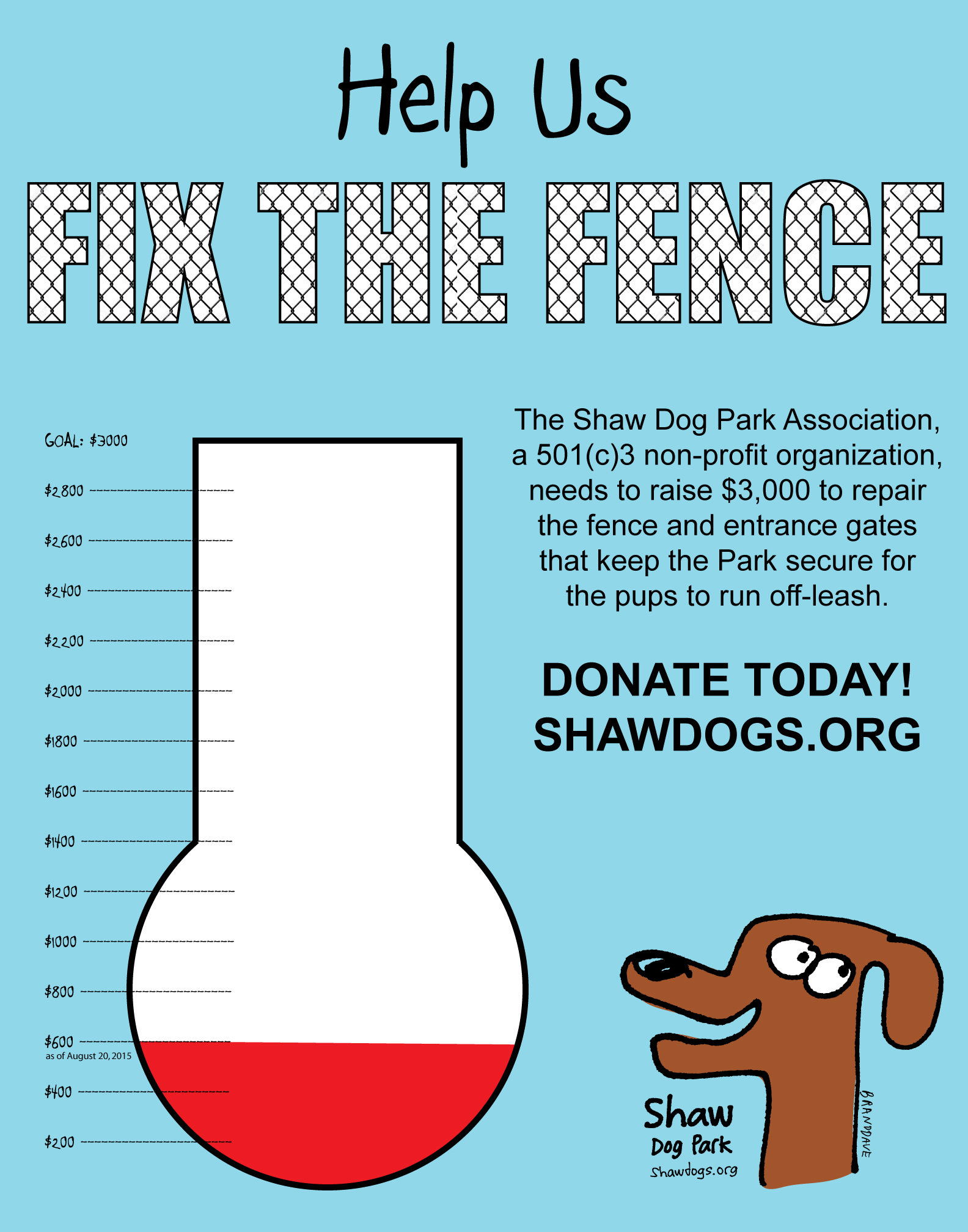 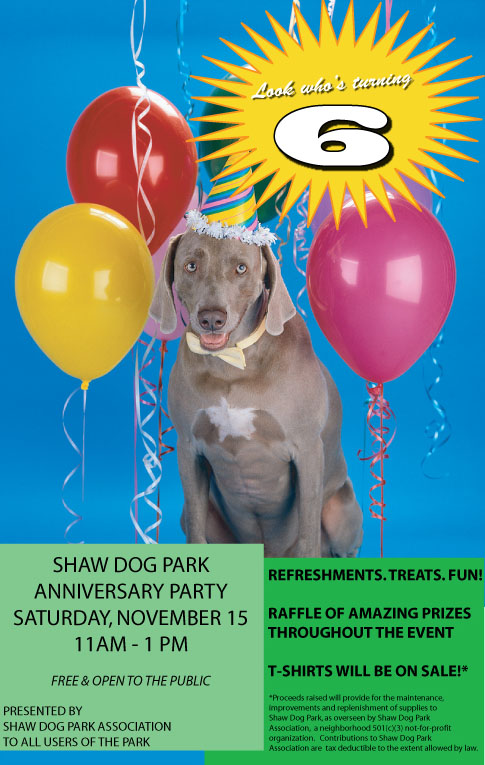 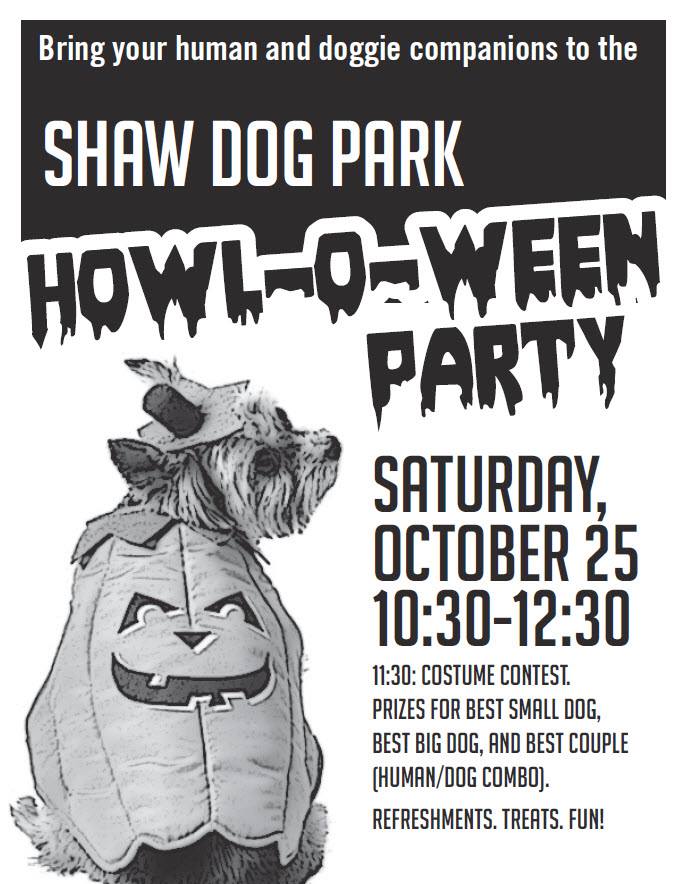 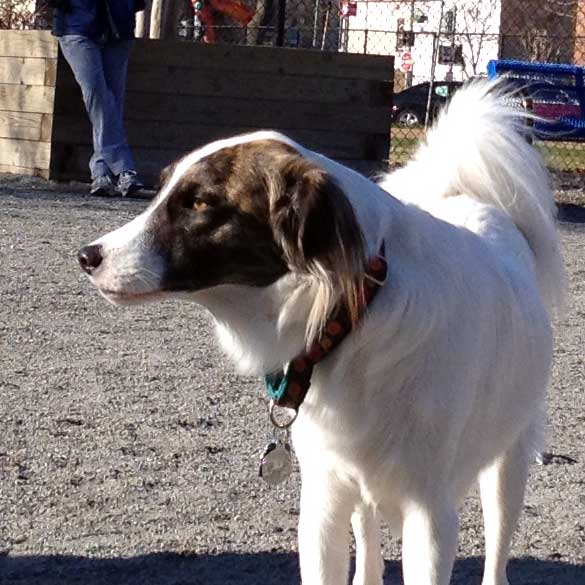 HOW DID YOU AND JACK MEET?

In 2011, I was living in Sierra Leone in a house with a gated courtyard. On Christmas Eve, I woke up and found that my courtyard had been broken into and my generator was stolen.

The next morning, I found a 3 week old puppy, Jack, outside my door. My landlord didn’t allow dogs inside the house, so she lived outside until she was injured at 4 months old. Her shoulder and leg were so badly broken, she was unable to move. There’s only one vet in the country, and he has no ability to treat injuries of this type. So, I snuck her into my home and that was the end of that – she was my baby.

DOES JACK HAVE ANY ANIMAL SIBLINGS OR FRIENDS?

She loves cats, especially Skylar, a friend’s cat I’ve taken care of in the past. But if you asked her, I’m sure she would want to be the only animal around.

Other dogs congregating at entrance to the dog park makes her nervous, as does being sniffed before she’s settled in.

She spends all day sleeping in the sun on my bed, watching squirrels out the window. 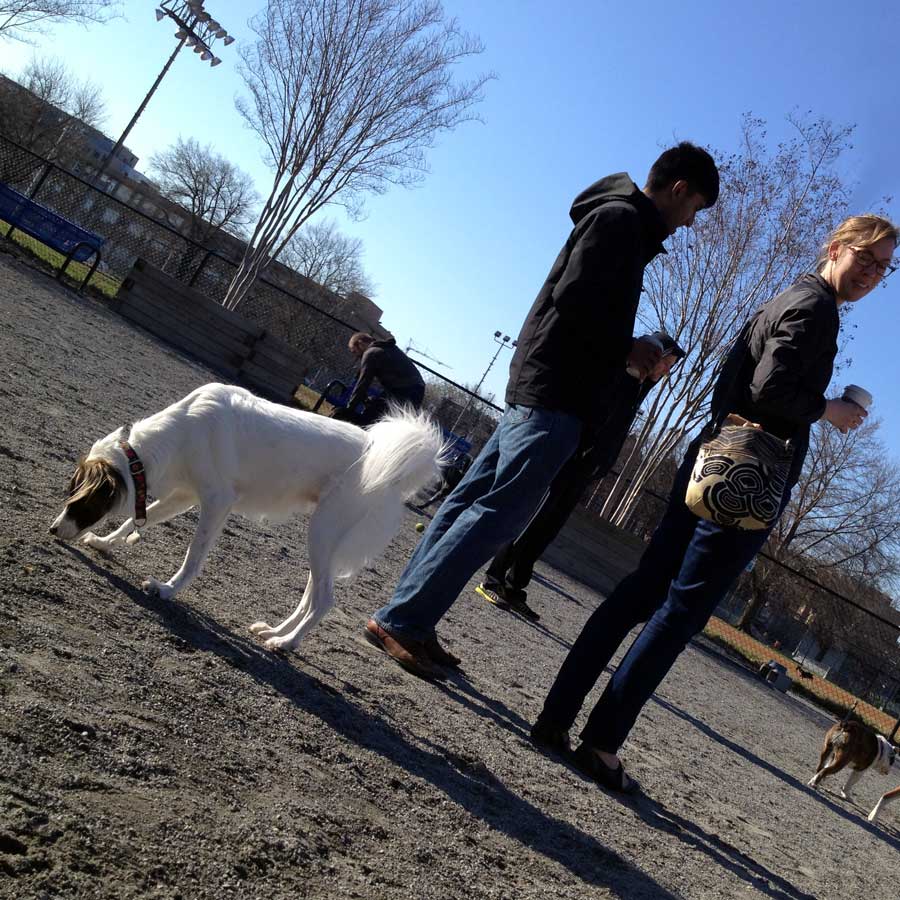 FAVORITE SHAW DOG PARK ACTIVITY
When she was younger, she loved to be chased around the park by other dogs. Now, she spends most of her time watching other dogs or visiting with the their owners.

When Jack was left with me, I was told she was a male puppy. Despite having had several dogs when I was younger, I simply accepted that Jack was male until the vet managed to convince me otherwise. I liked the name, so I modified it to Miss Jack.

THE JOURNEY FROM AFRICA
Flying her in from Sierra Leone was surprisingly easy. All you need to enter the US is certification of rabies vaccination or signing an agreement that you will vaccinate within 10 days of arrival. The difficult part is finding the right combination of flights – there are restrictions on flying with a dog when it’s above 80 degrees (every day in Sierra Leone), and bringing dogs on flights longer than 6-8 hours. Royal Air Maroc came to the rescue and got us back to the US safely. The best part? It only cost $150!

2014 Board Members and Officers

Attendees of the Jan 24, 2014, Shaw Dog Park Annual Meeting elected this year’s board members, who, in turn, elected the association’s officers.

2014 Board Members and Officers 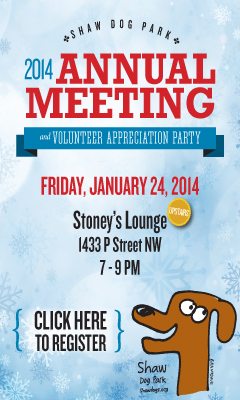 Stay tuned for time and location

There are no upcoming events.

We need volunteers!
If you're interested in helping to maintain and run the park please send us an email.